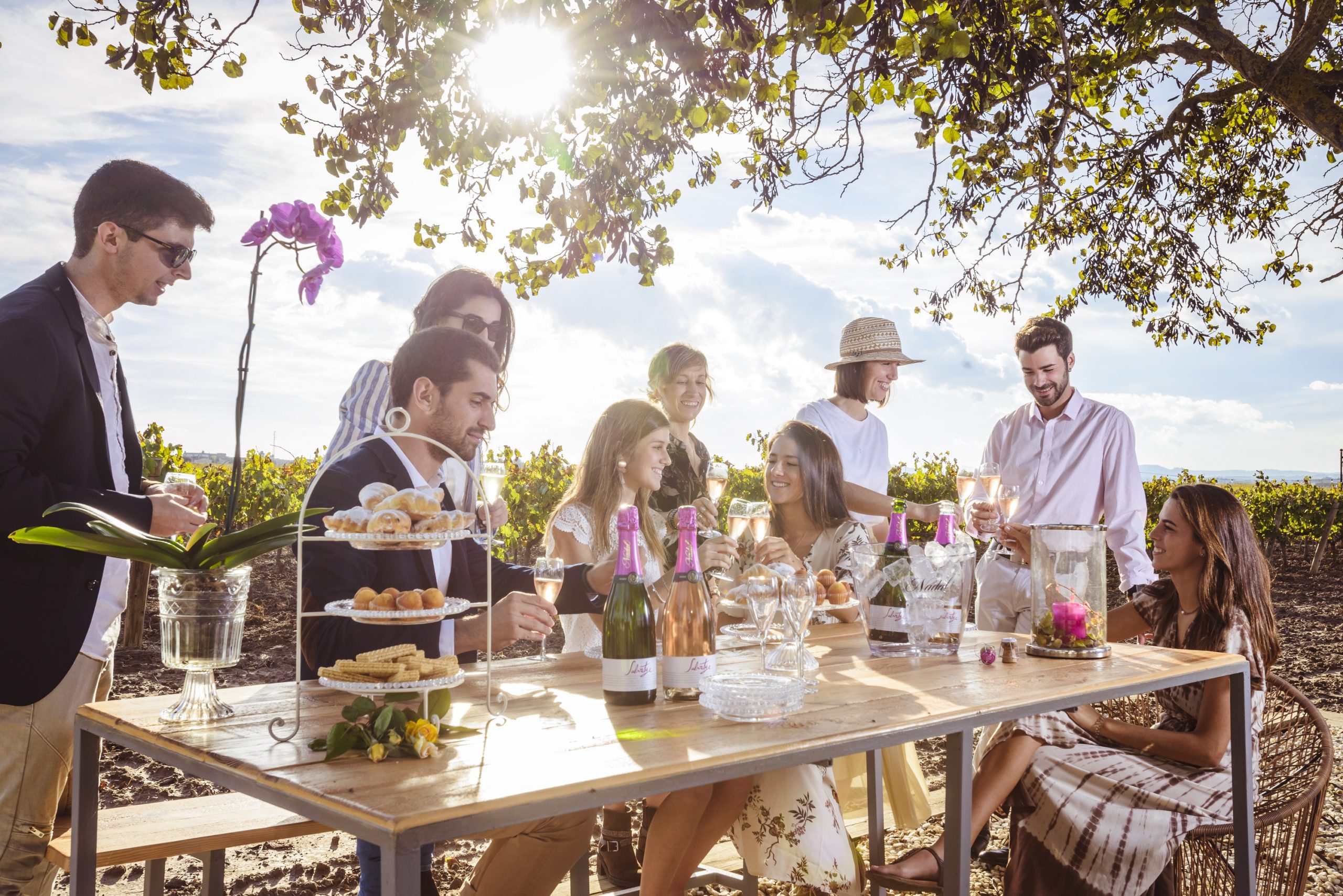 How do the different type of soils in a wine tasting differ?

One of the most recurrent in recent years and, is that, the conceptualization of «minerality» is the most bucolic and romantic. A common thought is that a wine obtained from vineyards of “Licorella” will acquire a slate flavor, and ruled by the same optics, in calcareous soils, they will have an alkaline palate. It is a concept closely linked to the famous terroir and brings great value to the product, representing the distinctive feature of each terroir. These common words such as «mineral», «slaty» and «limy profile» are beginning to be put on the lips of experts, sommeliers and some fans of the «eighties» hippie pioneers.

The term «minerality» is associated with wines of category and quality, connecting it with the singularity of the territory. Also, other prestigious wine experts are used to its flavors: flint, gunpowder, chalk, marine fossil, salinity and flint are some of them. Although, the scientific community and many authorized voices affirm that relating the mineral flavor of a wine with the mineral content in the soil is not pertinent and is far from being proven. Minerals are solid materials at room temperature, originated by the internal and external activity of the terrestrial globe that, usually, constitute part of the rocks. Most are not soluble in the presence of water, therefore, the vine cannot absorb them. Although, the plant is able to assimilate nutrients such as potassium, sulfur, calcium, magnesium and nitrogen.

In summary, what the strain captures are mineral salts, inorganic compounds dissolved in water. This is possible thanks to erosion and weathering, in which the atoms that make up the minerals are transferred to the salts. During these processes the properties of the matter change and it is not correct to affirm that the vineyard consumes what we identify as being typical of the blackboard. By way of «no» example, the granite -crystal formed by quartz, feldspar and mica, all insoluble in H2O- is the canon in terms of quality wines is concerned.

The director of Outlook Wine, David Molina, together with Antonio Palacios, manager of Excell Ibérica Laboratories and a regular at this office, are some cracks in the matter. This couple of aces organized a successful event in Barcelona that revolved around this concept, where 250 people joined together allowing to draw some conclusions. Starting from the base that the expression minerality is metaphorical, they added a relevant data on the aromas described as such, actually produced by microorganisms when fermenting, this is the case of succinic acid and saline taste or geosmin that smells of wet earth. In the same way, the so-called «rocky» aromas find their root in the aromatic compounds that originate in sulfur. Be that as it may, the debate remains open and with many unknowns to be resolved.

How can you discover if one is a «supertaster»?

The debate of the supertasters gave much to talk about in a decade marked by a turning point in the incipient technological, political and cultural sector, the 80’s of excesses on Wall Street, fluorine and dizzying hairstyles. It is from the work of Dr. Linda Bartoshuk, American psychologist specializing in Behavioral Science, where people are classified into three groups: non-taster, medium-taster and super-taster. These studies show that the same taste stimulus is appreciated with more or less intensity, depending on the individual.

For example, while for a super-taster a concentration X of a bitter compound would manifest itself amplified, for a non-taster it would be less noticeable. It is said that this variation of capacities is due to a genetic response, however, also to an anatomical factor, that is, in relation to the number of taste receptors that are available. The Master of Wine Tim Hanni, whom I personally admire for his constant questioning of everything that surrounds him, talks about this topic in his book Why do you like the wines you like? In this work aimed at the most restless, he explains that the population is divided into 25% non-taster, 50% medium-taster and 25% super-taster.

However, and here paraphrase Tim, the expression super taster is confusing because only reactions to certain elements have been analyzed and, for this reason, the false idea of ​​the subject is generated with «superpowers» to taste better. The reality is that to be or not to be, is only a variation between people.

How are white wines made? «

Friends, I’m not going to cheat you, this answer is going to be so brief that it’s going to look like a pedagogic «trailer» of Sesame Street. I remark trailer since summarizing a winemaking process in a few lines is a complicated challenge. But as we are doing in this section, I will try to manage it as best as possible! There are endless options for making whites and winemakers know perfectly all the processes to be performed, especially the careful work involved in the final result of the style of wine desired by each house. Basic: the raw material.

As a rule, it starts with white varieties, with the exception of some made with little colored red grapes, known as blanc de noirs, which deserve another chapter. Everything begins in the field and the meticulous tasks that are carried out until the collection period. Once the berries are picked, manually or mechanically, they are transported to the warehouse in a hurry to avoid, the first hours of the morning are usually optimal times for the harvest. Next to the grapes you can remove the scrap, the woody part -despalillado-, leave them macerating with part of the must in cold -to enhance the extraction of aromas- or take it directly to the press. With the aim of extracting less bitter compounds from the pips and the scrap, the more soft and delicate the better the first fractions are always the highest quality … voilà! We already have the must.

It is time to remove solid materials in suspension that would not allow a correct fermentation through the «desfangado», be static by cold in which the sedimentation is spontaneous and less aggressive, or dynamic with the help of specific machinery. The next step is to materialize the magic of fermentation with one of two options: wait for nature to take its course or inoculate the yeast. These microscopic unicellular organisms will feed on the grape’s own sugar, consequently, they will produce alcohol and endow the wine with a great part of its aromas. When finished ferment the yeasts die, leaving behind them, some deposits … yes gentlemen, the famous lees! To leave the wine in contact with them, it will gain in volume and flavor. If the purpose is to make something cool and easy, it is best to eliminate them with a «transfer», which consists of moving the clear part of the wine from one tank to another leaving the mud behind.

After this, the developer will decide whether sulfite or not, protect with sulfites raffle the modifications by other microorganisms. Normally, stainless steel is the perfect place for white vinification, but there is a small minority that ferment in cement or wood, just as there are few who mature and grow in barrels obtaining toasted and creamy aromas, for tastes colors. Even here, there are even fewer who undergo «malolactic» -conversion from a hard acid such as malic acid to a mild acid such as lactic acid due to the effect of bacteria. To put an end to this super-mini class we have the clarification, a practice where the proteins of the wine that could generate turbidity in the future and the stabilization are eliminated, in which part of tartaric acid salts precipitate in order that form once bottled. Finally, filtration, bottling and now is when the famous phrase of Epi comes that neither painted: Blas, I’m thirsty!

It seems that we have risen very oenological today! I think it’s great, because the world of winemaking, like viticulture, I’m passionate about. I am one of those of the opinion that knowing is power and, for any sommelier or wine aficionado, it is important to know how everything happens, from the grape to the must, until reaching the glass. As in the previous consultation, I will try to be brief but concise. These three terms are completely related to each other, but they are not the same. All can be used during maceration, mainly in reds.

In the fermentation, the must-wine remains with the skins, where the technically interesting compounds like the aromas, the color or the tannins that contribute body and dryness to the wine reside. Winemakers know the impact of macerations: the longer, the higher the temperature and the more contact between the skins and the juice, the more intense the extraction will be. In the event that the de-stemming is not carried out, compounds of the nuggets or the raspon are obtained. If these are green or not ripe they can give us a wine with too much greenness or excessive astringency.

For young people, the macerations are shorter. If we want to get a delicate wine we will opt for soft treatments. If, on the contrary, we need a maximum structure for the wine to hold us, we will proceed with more energetic methods. In the fermentation and due to the production of carbon dioxide, the solid part of the grape is pushed upwards from the deposit, separating from the liquid fraction. This paste formed by the skins, nuggets and scrapes, also known as «hat», must be kept moist and in contact with the wort, so as not to dry or spoil and give up its compounds. For this, one of the most used systems is the «bazuqueo», a soft maceration in which the skins are pushed towards the liquid by a mechanical force that requires a rod of metal or wood to facilitate movement inside the tank .

It is the typical photograph in our history of what was traditionally done with the feet and is often repeated several times a day. The comeback is equally smooth and usually takes place twice a day at the most. In this case the wort is pumped from the bottom of the tank to the top, spraying the paste thanks to a hose or pipes. Finally, the délestage something more modern that we could translate as «flood». It consists of emptying the liquid part and take it to another tank, the hat is at the bottom of the first tub and immediately drop the must before poured over the paste, with a large impact and allowing the break of the solid part. It is a technique for powerful extractions and is rarely used during fermentation 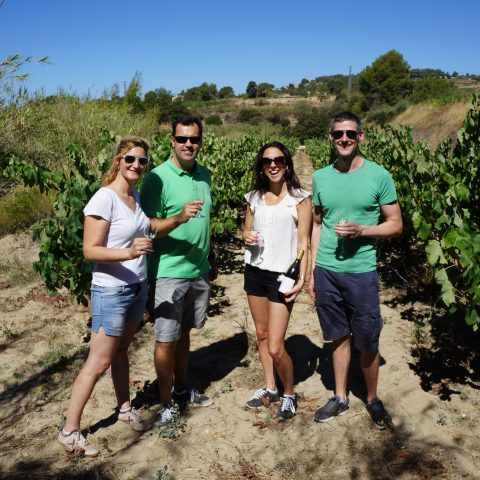 (English) Segwaying through an Organic Vineyard

This website uses cookies to improve your experience while you navigate through the website. Out of these, the cookies that are categorized as necessary are stored on your browser as they are essential for the working of basic functionalities of the website. We also use third-party cookies that help us analyze and understand how you use this website. These cookies will be stored in your browser only with your consent. You also have the option to opt-out of these cookies. But opting out of some of these cookies may affect your browsing experience.
Necessary Siempre activado
Necessary cookies are absolutely essential for the website to function properly. This category only includes cookies that ensures basic functionalities and security features of the website. These cookies do not store any personal information.
Non-necessary
Any cookies that may not be particularly necessary for the website to function and is used specifically to collect user personal data via analytics, ads, other embedded contents are termed as non-necessary cookies. It is mandatory to procure user consent prior to running these cookies on your website.
GUARDAR Y ACEPTAR